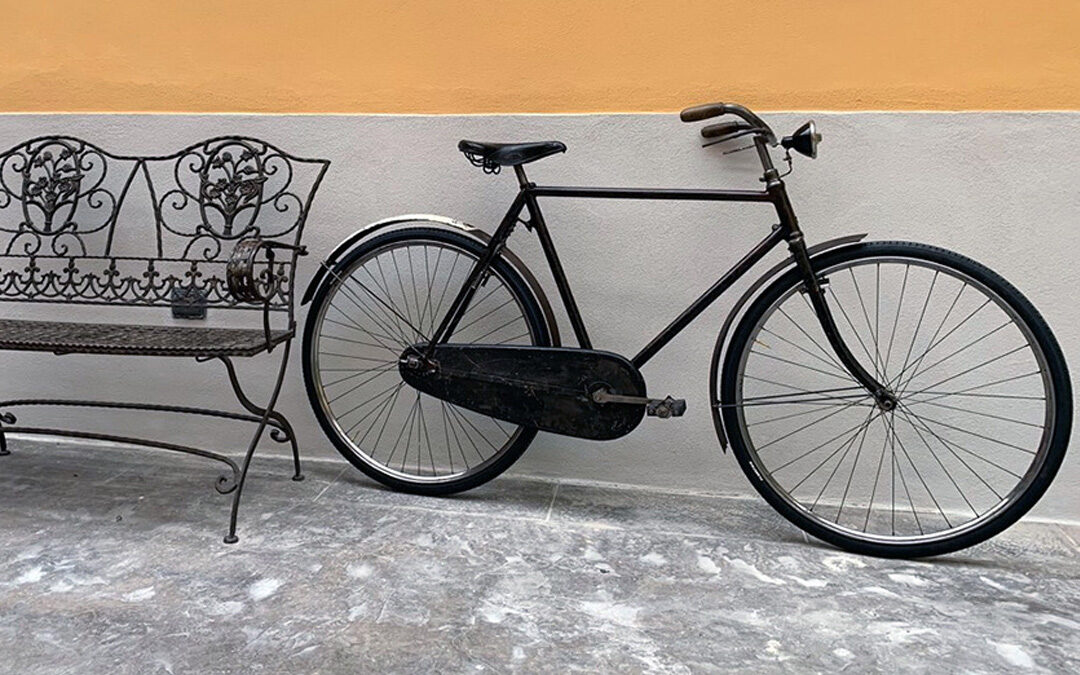 After eight months of studying the model and researching the components, we have the honor of presenting the first Bianchi model with completely internal brake iron leverages, we remind you that this model entered the catalog in 1924 but was presented at various international cycling shows in 1923.
It was a restoration that put us on track for the following reasons: the rarity of the bike, the extreme initial conditions and the scarcity of components useful to finish the restoration project.
As many vintage bike enthusiasts know, the restorations always contain a sort of journey where you can closely observe and touch the mechanical refinements that characterized a particular brand.
As previously mentioned, the conditions in which the Bianchi R Super was facing seemed the most desperate: the handlebar was cracked and the frame seemed attacked by a deep rust, however once we reached our workshop the conditions were less serious than we thought, and it was possible to do a miracle within a miracle since we opted for a conservative restoration.
The main steps that led to the final result were:
– recovery of all missing components: front brake linkage, mudguards, chainguard, pedals, crankset and hubs (40 spokes at the rear and 32 spokes at the front);
– arrangement of the parts already in our possession: change of headset balls and relative adjustment, general cleaning of the frame and welding of the handlebar;
– phasing of the main mechanical parts: front and rear brake, handlebar assembly with linkage inside the vertical tube;
– bodywork positioning: positioning and adjusting the chain guard, mounting mudguards;
– various accessories: positioning of the horn knobs applied to the brake levers, positioning of the light unit, saddle and handlebar Bianchi frieze.
The decision to have carried out a conservative restoration was not dictated by us but by luck; the components we acquired for the restoration were preserved as well as the frame that was already in our possession, consequently it would have been a shame to lose that preserved paint or those immortal Bianchi nickel plating still present on the hubs.
We therefore decided to leave the obvious signs of aging on this bike. 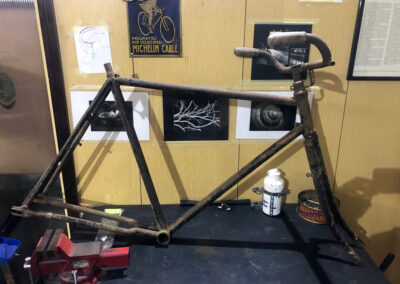 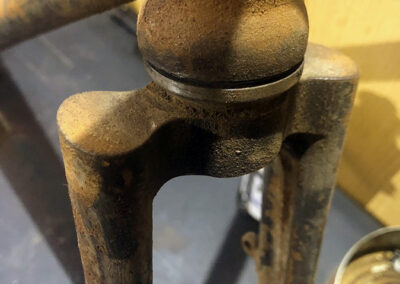 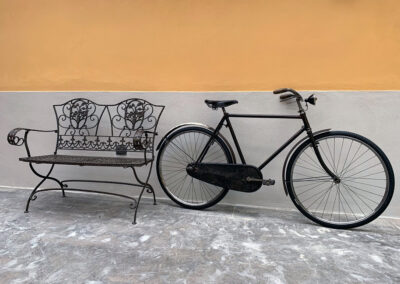 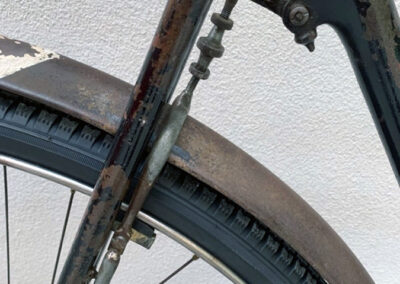 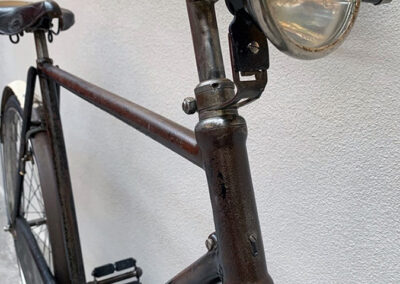 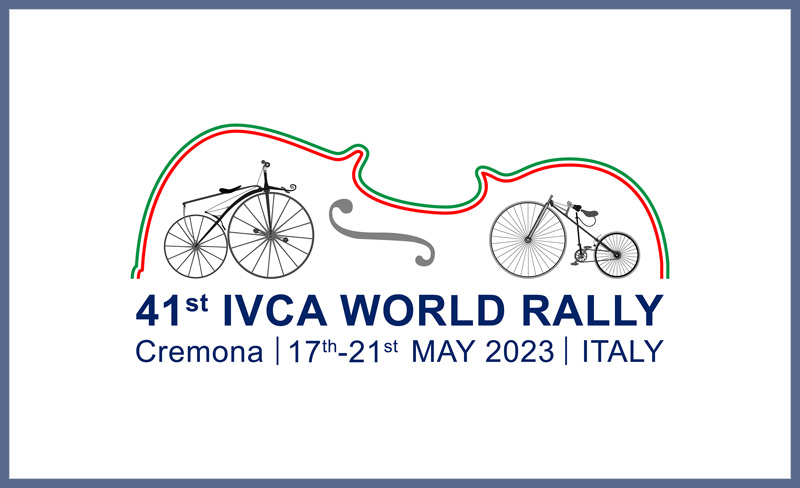